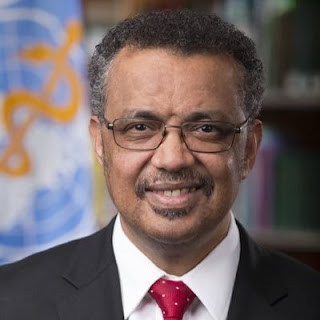 Good news reaching the world is that the deadly viral disease, Ebola, has lost it's battle against humanity to science and medicine.
The World Health Organisation has announced that it has developed a vaccine that is 97% effective against Ebola.
So Ebola now has a cure!
(Stops typing stands up and gives scientists ovation)


Director General of WHO, Dr Tedros Adhanom Gbebreyesus made this known on twitter on August 19. He wrote:
We now have an #Ebola vaccine that is more than 97% effective and treatments that are more than 90% effective if used early enough. Ebola is preventable and treatable. We need to make sure everyone in the affected area knows that." 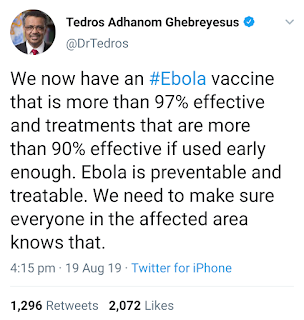