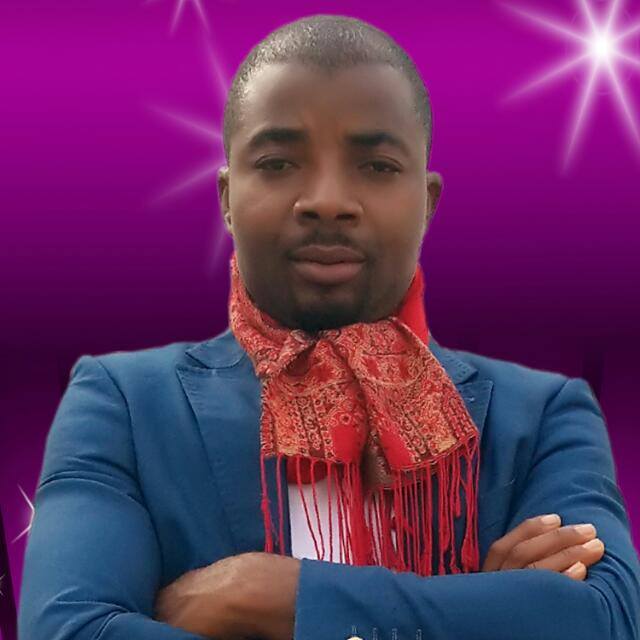 Ejeh Michael, popularly known as Angel Michael, the C.E.O and the Anchorman of Heal The World Organisation has asked of the world a Christmas gift that he has described will be the best gift for him and his family this yuletide season.

Mr. Ejeh who has been  nicknamed Angel Michael was gotten as a result of the lives his Heal The World program has touched through the appeal to conscience and emotions of the people of the world to heal the world of afflictons that has afflicted people who are in no position to help themselves. Heal the world with Ejeh Michael's program had achieved much more than expected in the short while of its existence. In a shocking statement released by Angel Michael,  as he is popularly called, he said to the world "I need the testimony of this woman as Christmas gift". Mr Angel Michael was referring to Mrs. stella Onwuka whose life is threatened as a result of her breast cancer.
Mrs Onwuka Stella hails from Okoriokwaraesi Umuduru Egbe Aguru, Onuimo LGA, Imo State, married into Amaimo-Ogbom, Ideato South LGA, whose husband left her and her two kids due to the fowl odour that comes out from the woman's body as a result of the rottenness nature of the breast cancer.
Mrs. Onwuka Stella has been suffering from cancer of the breast for four (4) years.

The 37years old woman and mother of two discovered she had breast cancer while she was pregnant with her second child which, denied the child breast milk while growing   up as an infant due to her mother's breast cancer. Mrs Onwuka narrated that she has been in tremendous pain for the past four years due to the breast cancer, as she and her family has no money for her treatment. She can no longer associate or walk in the midst of other people due to the egregious, fowl odour that oozes out from the rotten nature of the disease. According to her, the breast cancer started from the left side of her breast to the right side of her breast and is spreading imminently to other parts of her body due to lack of treatment. She further noted that the medical doctor from Federal Medical Center (FMC) Owerri, prescribed that she takes a certain injection twice a week specifically on Tuesdays and Thursdays for 3 months and two weeks after which surgery to cut off the breast can be carried out in order to give her a chance to live. However, the confronting issue is that each injection cost the sum of 47,000 naira, twice a week cost 94,000 naira, and 3 months and two weeks that is the required dosage to assemble the cancer cells to a particular spot before the surgery will take place. This cost a whooping sum of 3.5million naira, with surgery fee inclusive.

The dying lady through Heal The World program is calling out to the people of the world to come to her aid as she cannot raise such an amount of money and she has no intentions of leaving her 5years old and 3years old daughters alone in this world without a parent owning to the fact that their father already left them. When asked how she found about Heal The World Organisation, she replied that she found out from a female friend, who learnt about Heal The World Organisation from the testimonies of those who benefited from the organisation.

Heal The World Organisation is purely humanitarian. Its an intervention program that assist persons who are unable to help themselves. A voice to the voiceless, a shoulder for the weak to lean on, a bridge between the rich and the poor, the have's and have not. Heal The World Organisation also exposes, correct, reconcile, sensitize and undo the moral lens placed on the countless atrocities inhibiting growth and progress in our private domain and public space.
According to Ejeh Michael, "Heal The World Organisation is committed to the protection and promotion of human life. We are human right defender, we work to stop slavery in West Africa, we work to stop hunger and poverty, and we raise funds for the poor sick people.

We are Heal The World Organisation. To heal the world and make it a better place! Therefore, I ask of the world, I beseech the government and every other kind hearted person out there to help this poor woman (Mrs Onwuka) by sending donations to her account (Account Name: Onwuka Stella, Account Number: 3128771070, First Bank Plc) or call 08062847549. so that by Christmas, she must have completed the necessary treatments and openly step out to thank the masses and give glory to God for her healing."
He further concluded by saying "Her testimony is the best Christmas gift anyone can give to me, I need her testimony as a Christmas gift."
Written by Dan.  4Level masscom. IMSU.