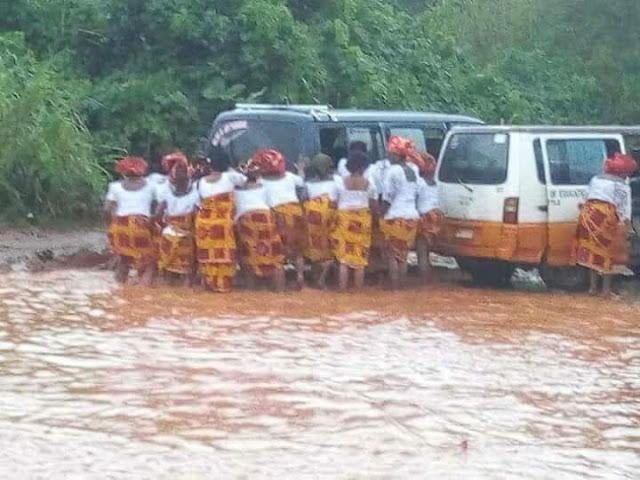 Photos have emerged of some Imo state women reportedly pushing the buses they  boarded to a rally from the organized by a political leader of the state. The buses were said to have got stuck due to the deplorable condition of the road which the state and federal government have both failed to fix irrespective of the importance of the route.
See more pictures below. 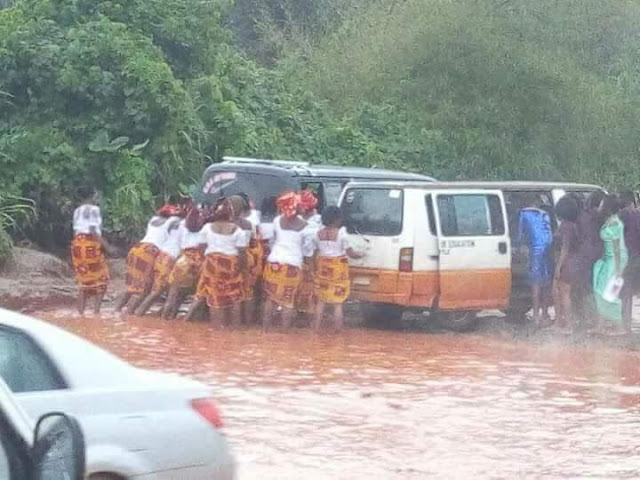 Words on social media have it that the women were on their way to a rally in support of the Governorhsip bid of Chief Uche Nwosu, the current Imo State chief of staff and Son-in-law of Imo state governor, Rochas Okorocha who has been criticized largely for misappropriation of state funds "familiocracy" and embezzlement among other things. 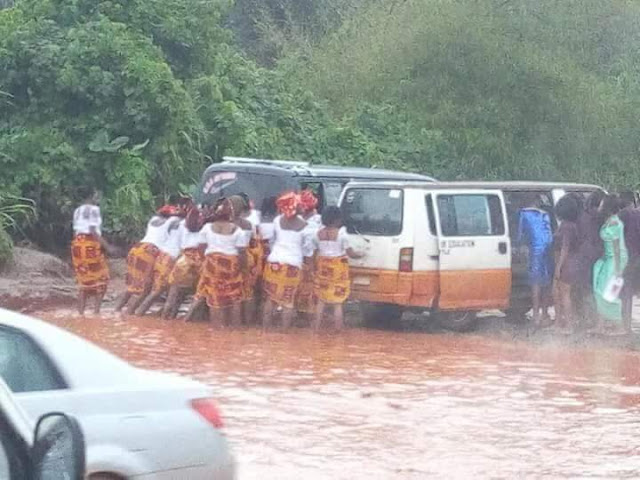 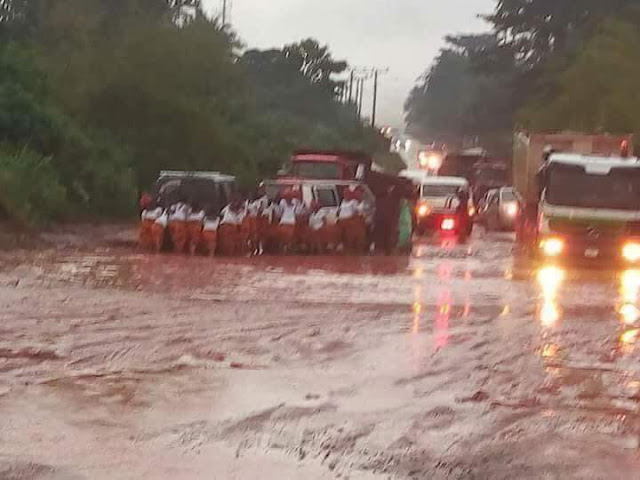