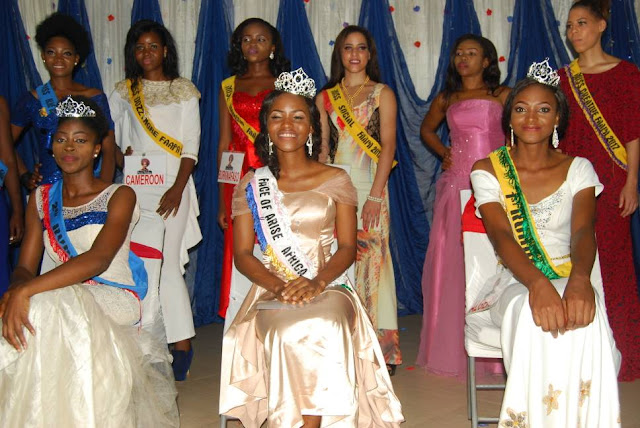 The stage is set for the 2nd edition of Face of Africa  Beauty Pageant scheduled to hold July 2018 at Rockview Hotel Owerri ,Imo state.
The organizer of the program,Mr Ik Anyanwu, Ceo Face of Arise Africa  made this disclosure while fielding question from newsmen in Owerri recently  .

He explained  that  the entertainment industry is set to witness a re-branding with the 2nd edition of "Face of Arise  Beauty Pageant, he noted that the show  is  the biggest scholarship pageant competition in Nigeria. Last year we had over 30 contestants who were equipped with various skills.

The organizer  pointed out that the  Beauty Pageant ,themed : Creativity & Style is designed for every young person between the ages of 18 -28 years old,even as he noted that application forms  are now on sale till May   20th. While the Audition comes up June  2018.

According to the leadership expert,  youth mentor and founder of  Arise Africa Blog "this is not just another beauty pageant, but a show  tailored towards inspiring and nurturing young, talented models as we seek to raise the beautiful continent of Africa. It is also another season to celebrate people, places and values during this season as special recognition will be given to distinguished personalities during the show .

Face of Arise Africa Beauty Pageant will also afford the organizers opportunity to choose a brand Ambassador who will run charitable projects within and outside Nigeria and also represent Nigeria in International competitions."

Anyanwu further explained that the Face of Arise Afrika is an answer to the quest among most youths to explore their talents and be identified as celebrities but due to the non availability of adequate platforms in Africa for self discovery, most youths never get to fulfill this dream" he opined. 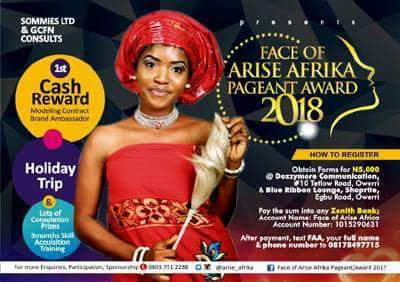 Anyanwu  avarred that the winner of the pageant shall embark on charitable works, awareness campaign in a show of appreciation and give back to the community ,stressing that  just 5,000 form one can achieve his  dream,as we are poised to "REDEFINING AFRICA TO THE WORLD."he said.
To Register
Pay the sum of N5,000 into any Zenith Bank 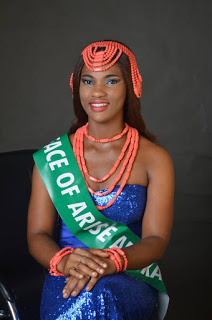