on April 01, 2018
The internet (especially twitter) has been on fire since yesterday 31st March, as a heated argument is ongoing about the meeting of President Muhammadu Buhari and International fashion icon and model Naomi Campbell yesterday in Lagos.
Many have accused Naomi as having an affair with the president of the largest black country.
However the presidency has said the president randomly met with Ms. Naomi Campbell while the president was was on his two days tour in Lagos and that their meeting was not pre-arranged for.

Naomi Campbell earlier posted that she was "invited" by the president but then later deleted the tweet (which was already grabbed by people) after the presidency refuted the claims that she was invited. The new position by both of them is that Naomi who was in Lagos for a fashion show met with the president by luck.
Twitter users are on a cat and dog fight over whether Naomi is the president's side chic or not. And the argument is even crazzy!

Here are some tweets about the Naomi Campbell and President Muhammadu Buhari show! 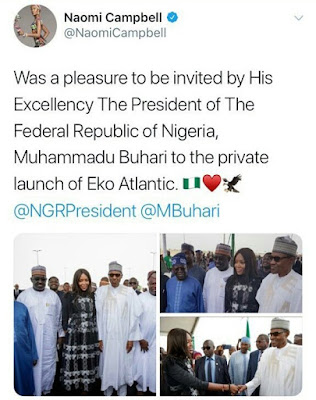 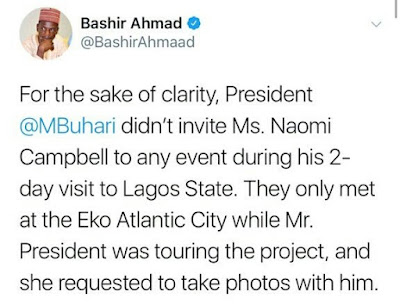 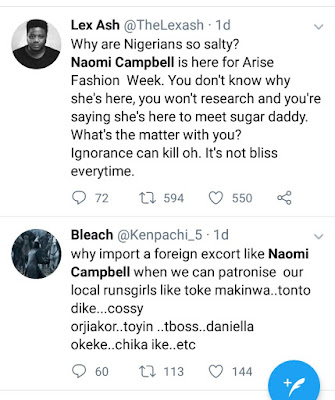 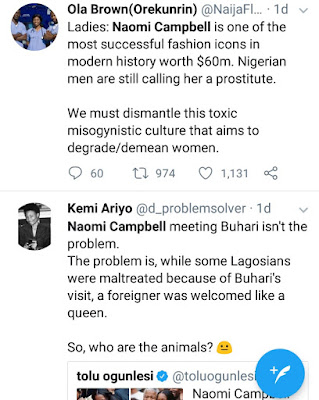 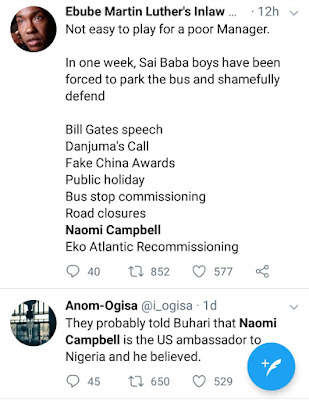 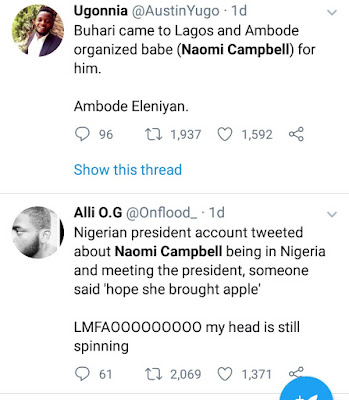 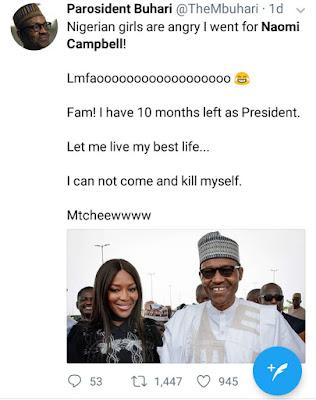