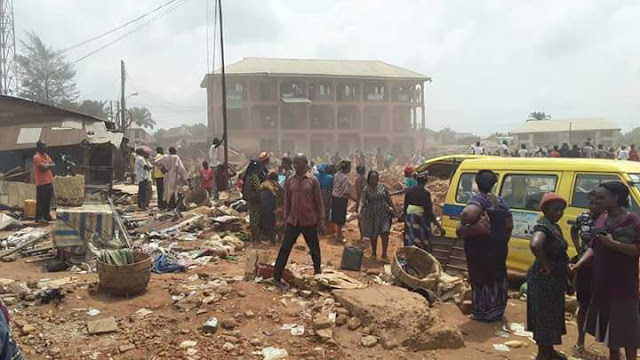 The Government of Imo State have reportedly laid low the Akokwa market in Imo state Nigeria leaving many traders stranded. According to report reaching GistGate, the market was destroyed in a controversial move similar to the Ekeukwu saga in 2017 and like that one, one person was said to have been shot dead by an unidentified person who people suspect to be a member of the security officials that accompanied the bulldozers to the market.
Update: Update reaching GistGate has it that the dead man was not killed at the Akokwa market destruction. According to a respondent, the man was reportedly killed by a police officer last week over extortion issues. 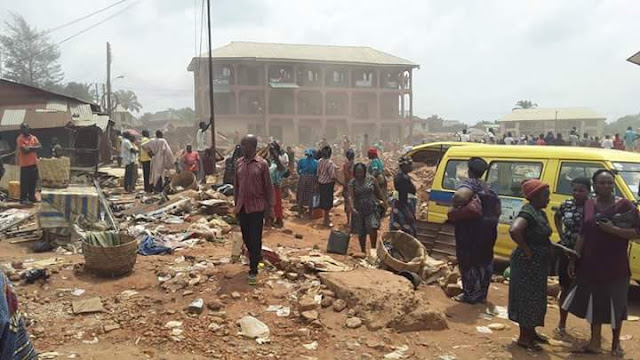 As the world prepares for Lovers' Day tomorrow, today can best be described as a day of hate in Akokwa, Ideato North LGA, as Rochas Okorocha demolishes everything good in there.

As at press time, the Orie Market has been entirely brought down. Old women in their hundreds are seen weeping before the statue of Virgin Maria at St. Barnabas Catholic Church. A young man whose only property is his rickety residential hut which has been demolished is seen crying uncontrollably.

Everywhere is chaotic. Military personnel and Mobile Policemen are stationed at strategic places within the community. A corpse which is profusely bleeding possibly from gunshots is seen along Arondizuogu Road. It has been identified faintly as an only son whose mother died two years ago.

This is the situation in Akokwa right now. This is the bile, the poison served them by their governor today." 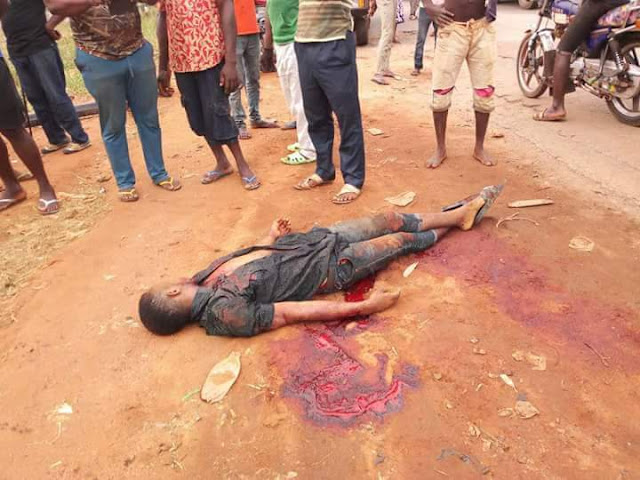