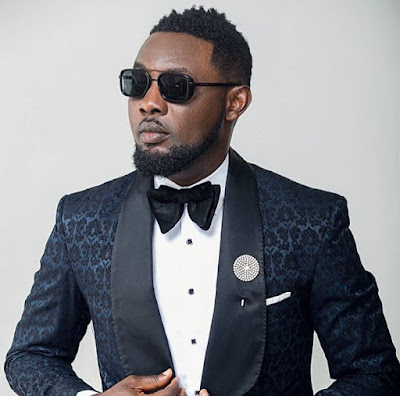 Port Harcourt based MC has said his own in the trending #UpComingArtiste issue rocking Imo state. He reacted to the claim by one of the organizers of AY Live Owerri 2017, MC Yellowmouth Philemon, that the DJ that played at the event, DJ Paky (Nnaemeka Mgbekwuzie), as well as all other Imo artistes that performed there (including MC IceCandy (Obi Fitzgerald), MC Ominimini, Egbeigwe (Osinachi Dike) were not paid  because "AY does not pay upcoming Artistes", a claim that was supported by AY's brother Lanre Markun.

MC Praiz who was responding to MC IceCandy's statement that all the Imo artistes performed at AY Live to be exposed on his "Big Platform" and did not ask for any pay, lamented that AY pays upcoming artistes when he does shows in Port Harcourt where he (Praiz) is based.
Praiz also lamented the deliberate removal of all performances by Owerri artistes on the event recap that was shown on HipTv, since they performed to get a platform that would make them bigger!

Praiz Baba:
GOD FORBID,  TAHHHHHHHHHHHHHHHH IF U CANT PAY ME AS LITTLE AS 1 TABLE FROM UR TICKET SIR,  U AS A BRAND DONT DESERVE MY HUMOR,

TIME HAVE PASSED WHEN COMEDIANS BEG TO PERFORM,  FOR EVENTS,  OWERRI ENTERTAINMENT IS AS BACK AS ABACUS,  DATS Y U GUYS ARE BEEN TREATED MY SHITS,  IN PH HERE AY DEY PAY UPCOMINGS AS THEY CALL THEM,  ONE TABLE TICKET PER PERSON,  AY WILL NEVER COME TO PH WITHOUT USING AT LIST 6 COMEDIANS HERE,  MAKE HIM TRY AM NAH BUT WITH DUE RESPECT TO ALL IMO ENTERTAINING GEE U GUYS PUT MORE FAITH IN BIG PLATFORM OR BRAND IN OTHER TO BE HRD.  HIPTV IS SHOWING AY LIVE IN OWERRI AND NON OF U GUYS DEY D AD LOL.