We Have 200 Years To Go: Professor Stephen Hawkings Warns Thar Humanity Must Find NEW PLANET To Migrate To As Life on Earth is About To End 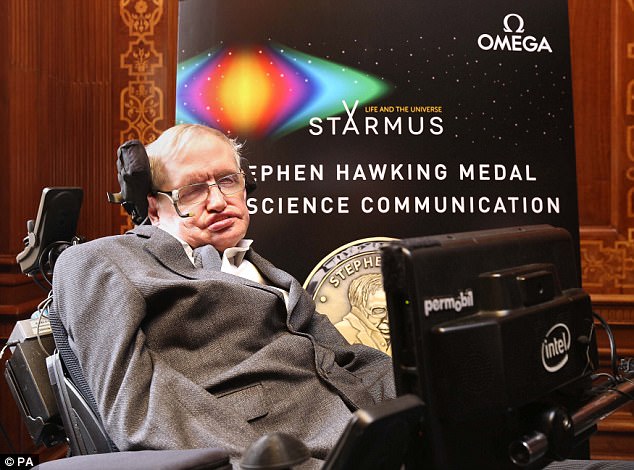 Renowned theoretical physicist have warned the people of Earth to look for new homes in space as our planet is at the verge of collapse. He said he cannot be positive about the future of the earth and the earlier we look for other planets to inhabit, the sooner we can guarantee the survival of the human race in the near future. He also called out President Donald Trump for withdrawing the U.S from the global climate change agreement, saying he has made the greatest mistake of all.

Humans must find a new home in space in the next 200 to 500 years if we are to survive, Professor Stephen Hawking has warned.

The physicist repeated his warning that the human race is doomed at the Starmus Festival celebrating science and the arts, which is being held in Trondheim, Norway DailyMail reported
He also slammed US President Donald Trump, saying 'I am not denying the importance of fighting climate change and global warming, unlike Donald Trump, who may just have taken the most serious, and wrong, decision on climate change this world has seen,' he said.

Hawking called for leading nations to send astronauts to the Moon by 2020 in a bid to re-ignite space exploration.
They should also aim to build a lunar base in 30 years' time and send people to Mars by 2025, he said, according to the BBC.
'Spreading out into space will completely change the future of humanity,' he said.
'I hope it would unite competitive nations in a single goal, to face the common challenge for us all.
'A new and ambitious space programme would excite (young people), and stimulate interest in other areas, such as astrophysics and cosmology'.
He revealed his hope nuclear fusion-powered ships propelled by light or another energy form will guide us to our new home.
'The Earth is under threat from so many areas that it is difficult for me to be positive,' he admitted.

'The threats are too big and too numerous.
'Our physical resources are being drained, at an alarming rate. We have given our planet the disastrous gift of climate change.
'Rising temperatures, reduction of the polar ice caps, deforestation, and decimation of animal species. We can be an ignorant, unthinking lot.'

Professor Hawking is working with  Russian billionaire Yuri Milner's Breakthrough Starshot project to send a fleet of tiny 'nanocraft' carrying light sails on a four light-year journey to Alpha Centauri, the nearest star system to Earth.
The camera-equipped miniature probes, would be sent on their way by tens of gigawatts of focused power from an array of lasers, reaching their destination in about 20 years.
He said doing nothing and acting as 'cosmic sloths' was not an option.
'When we have reached similar crises in our history, there has usually been somewhere else to colonise. Columbus did it in 1492 when he discovered the New World. But now there is no new world. No Utopia around the corner.
'We are running out of space and the only places to go to are other worlds.

'It is time to explore other solar systems.
'Spreading out may be the only thing that saves us from ourselves. I am convinced that humans need to leave Earth.'
There are an estimated 1,000 stars within 30 light years of Earth, he pointed out.
'Even if only 1% of these have Earth-sized planets, we have 10 candidate New Worlds,' said the professor.

He also revealed why he believes we have not yet heard from extra-terrestrial life in space .

Professor Hawking said he believed the human race was 'standing at the threshold of a new era'.
He added: 'Human colonisation on other planets is no longer science fiction. It can be science fact.
'The human race has existed as a separate species for about two million years. Civilisation began about ten thousand years ago, and the rate of development has been steadily increasing.
'If humanity is to continue for another million years, our future lies in boldly going where no-one else has gone before.'