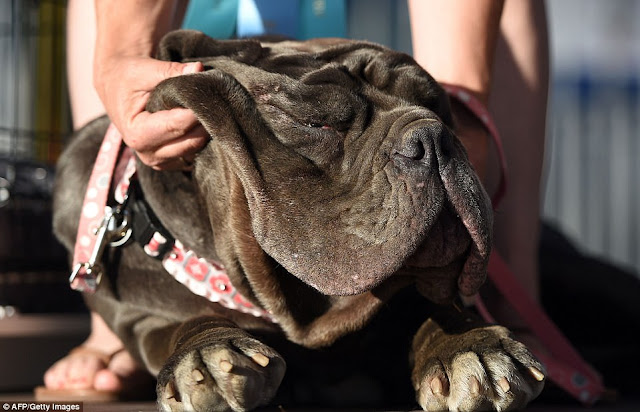 Her name is Martha.
She made her handler win the $1500 prize for the ugliest dog contest.
125-pound gentle giant named Martha has been crowned the winner of the 29th annual World's Ugliest Dog Contest, 2017 edition.
The Neapolitan Mastiff was a favorite of the Northern California crowd from the start, often plopping down on her side on stage with her droopy face spread across the ground when she was supposed to be showing off.

She was rescued when she was nearly blind, but after several surgeries can see again, according to her handler Shirley Zindler.
She beat off stiff competition from 13 other mangy mutts - most of them the kind of older, smaller dogs who dominate the competition. 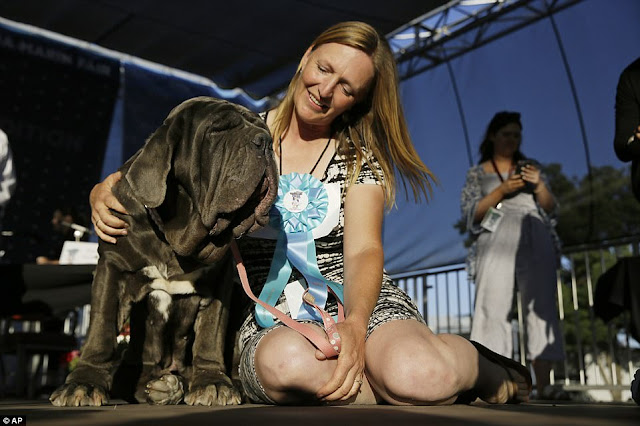 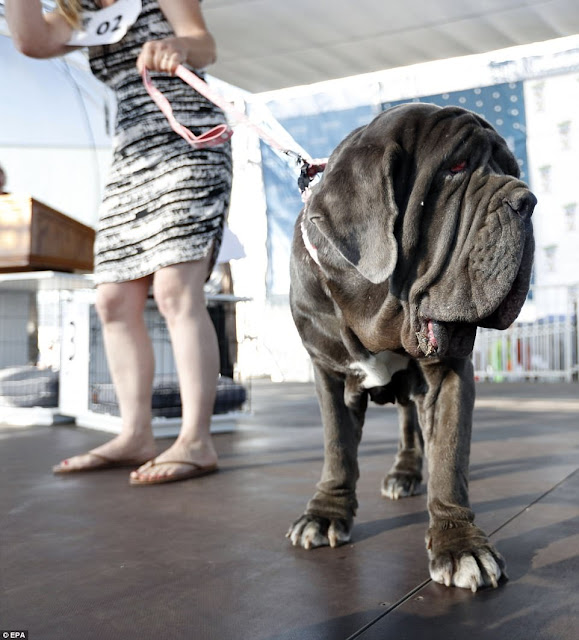 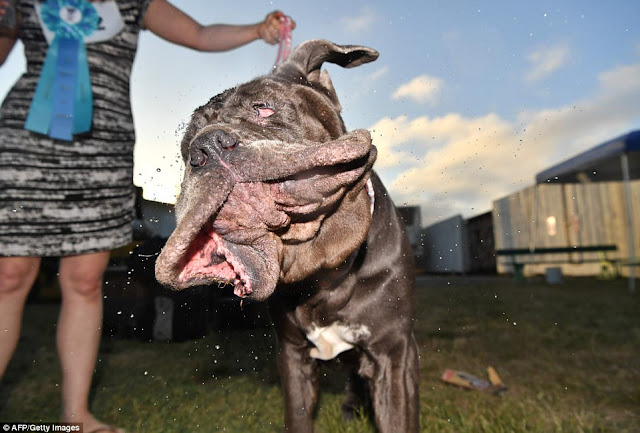