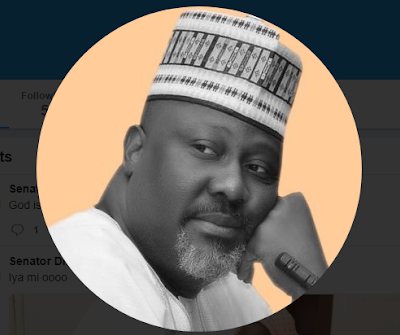 Majority of electorates in Kogi West have voted for the recall of their Senator, Dino Melaye, from the national assembly.
The pro- Dino’s recall group said on Monday that they have gathered 188,588 signatures out of the 360,098 registered voters in Kogi West representing 52% percent required for his removal.

Meanwhile, the  Pro-Dino’s group have described the recall process as a ‘comedy’.

The Special Adviser to the state governor on political affairs, Mr. Pius Kolawole announced the successful gathering of votes on Monday in Lokoja while addressing party members from the district. He said that the collation of signatures of voters to that effect was carried out successfully on June 17.
Kolawole commended voters in the district for turning out en mass for the exercise, saying that Section 69 of the 1999 constitution backed their action.

“In 2015, we voted for Dino and now we are using the same method to return him home,” he said.

Announcing the result of the collation, the Returning Officer, Mr. Adamu Yusuf said that 188, 588 out of the 360,098 in the senatorial district endowed Melaye’s recall.