U.S President Obama to visit Hiroshima, Japan; The city America bombed with Atomic bomb in 1945, but he will not say sorry 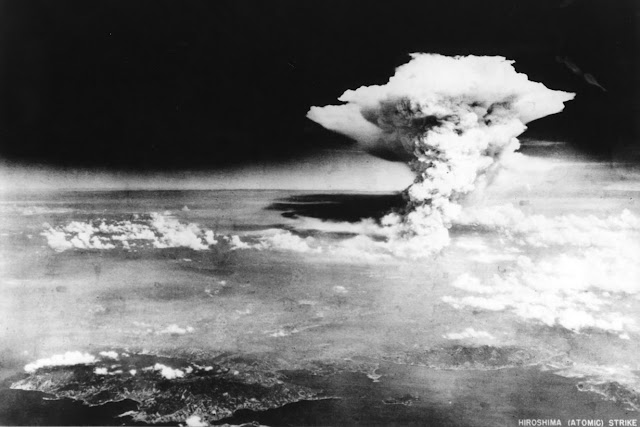 The World War II lasted from 1939 to 1945. It was the most widespread conflict ever known in history and claimed an estimated 50 to 85 million lives from the 30 countries that participated. One of the countries that suffered most was Japan whose two cities of Hiroshima and Nagasaki were the first and only cities where nuclear weapons were used for mass destruction in war by the United states of America.140,000 people, mostly civilians, died from the nuclear attacks. Hiroshima was hit on August 6th while Nagasaki was hit on August 9th both in 1945, this led Japan to surrender on August 15th.
As his days in the WhiteHouse draw to an end, President Barack Obama is getting ready to be the first U.S president to visit Hiroshima, but he is not going to say sorry for the lives taken.

According to Reuters, U.S. President Barack Obama will be the first sitting U.S. president to tour the site of the world's first atomic bombing on May 27, accompanied by Prime Minister Shinzo Abe.
Japan and the United States are presenting U.S. President Barack Obama's visit to Hiroshima as an affirmation of a strong alliance and a step towards world denuclearisation, but critics see selective amnesia and paradoxes on nuclear policy.

Aides have said Obama will not apologize. Nor is Obama, who won the Nobel Peace Prize in 2009 partly for making nuclear non-proliferation a centrepiece of his agenda, expected to address the debate over whether the dropping of the bombs on Hiroshima and Nagasaki was justified.

The bomb dropped on Hiroshima on Aug. 6, 1945, killed thousands instantly and about 140,000 by the end of the year. Nagasaki was hit on Aug. 9 and Japan surrendered six days later.

A majority of Americans see the bombings as having been necessary to end the war and save U.S. and Japanese lives, although many historians question that view. Most Japanese believe they were unjustified.

Officials in both countries have made clear they want to stress the present and future, not dig into the past, even as the two leaders honour all victims of the war.


Thanks for reading. Please add you comments below. We love and appreciate comments!!!