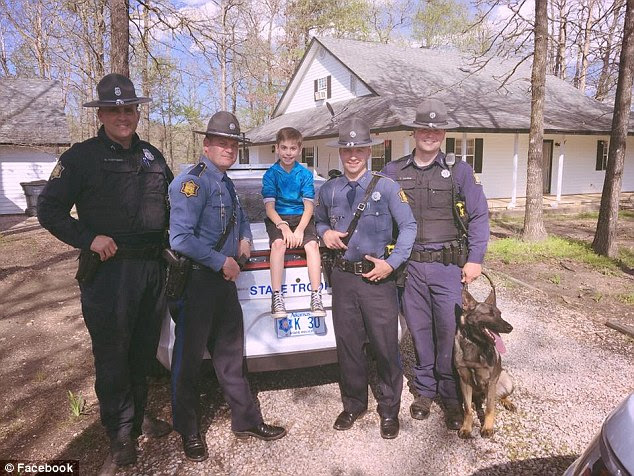 A group of Arkansas State Troopers gave a ten-year-old boy a day to remember after no one in his class showed up for his birthday party.

Toxey, of Hot Springs Village, sent out invitations to all 21 of his classmates, but not a single one attended his tenth birthday party on April 2.

After his mom, Angela Andrews, posted a heartbroken message about the party on Facebook, four state troopers decided to surprise the boy two days later on April 4  by showing up at his front door.

'Scared and at the same time trying to figure out why they were here,' Toxey told THV 11 of the moment he saw a group state troopers standing at his door.
But he didn't have to worry, because the group came bearing gifts and played with Toxey all day.

'They showed me all the keys to do the sirens and the horn. I also got to see the cage with the dog in it,' Toxey said.

Not only did they show Toxey the patrol cars, but they also brought him a cake and played a game of basketball.

'They had come to give me all that stuff and make up their own birthday party for me,' Toxey said.

The gifts brought for the boy ranged from video games to a Frisbee and a razor scooter.

'I cried a little bit because they did that for me,' Toxey said. 'If I am remembering right, this is the only birthday that I have had with people coming.' 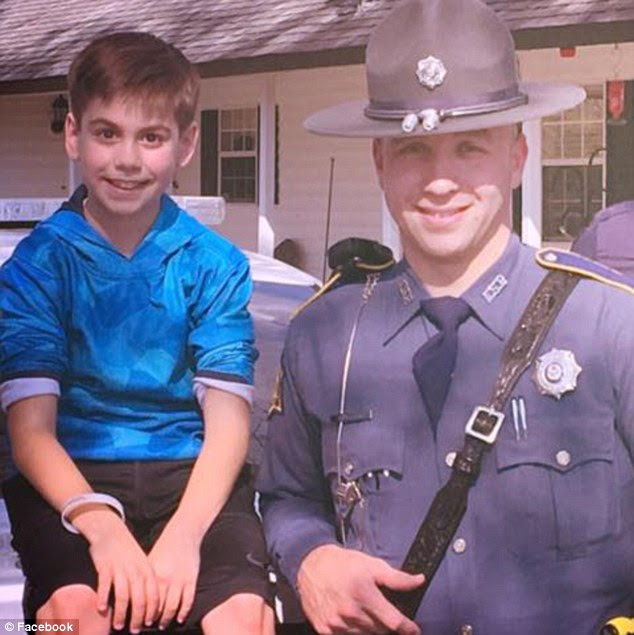 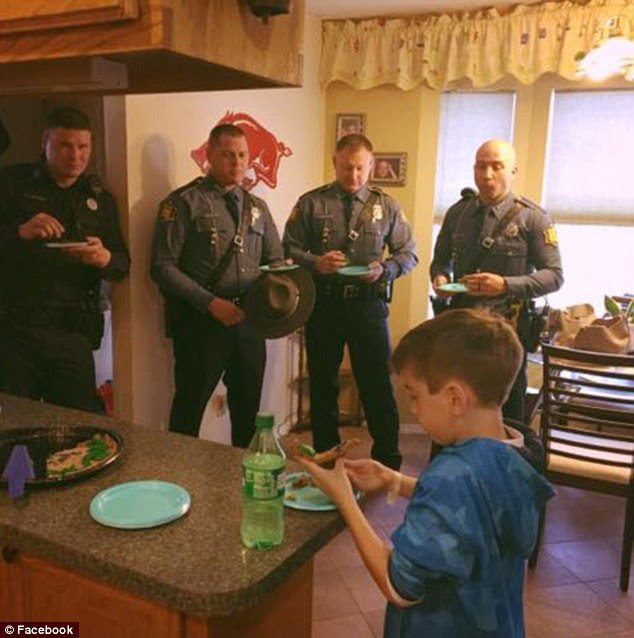 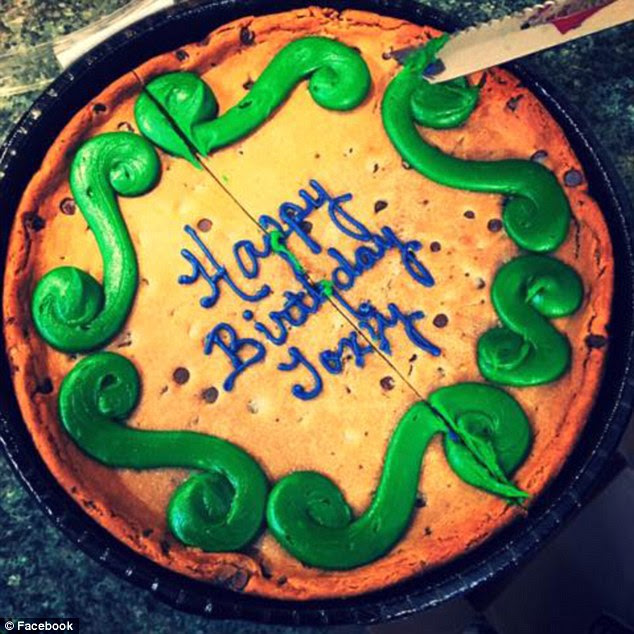 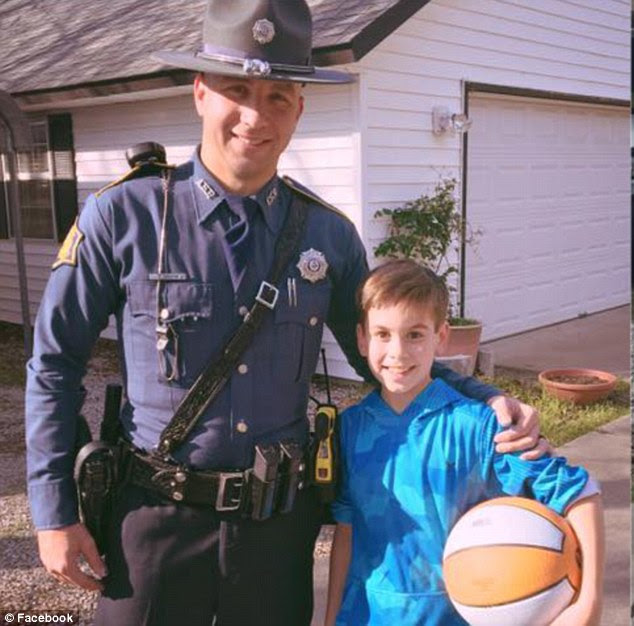 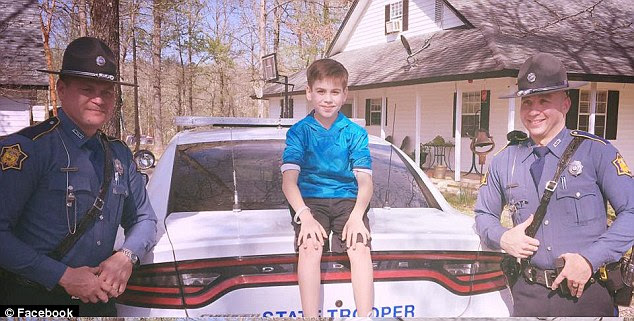