Yes the conjoined twins separated by Dr Ben Carson in 1987 are leading two separateand hopefully happy lives.
Here are their current photos.
Conjoined twins occur in about one out of every 200,000 births. Almost 60 percent of them die before birth, and an additional 35 percent don’t survive beyond a day. Of all conjoined twins, only about 2 per cent are craniophagus, or connected by the head.

Which means that few surgeons have had much practice separating them. So at Hopkins, a team of seven pediatric anesthesiologists, five neurosurgeons, two cardiac surgeons, five plastic surgeons and an array of nurses and technicians spent months practicing on dolls joined at the head by Velcro, according to a 1987 account of the surgery in Newsweek.


The Binder twins were lucky in that they had two brains. It meant that the surgery was at least feasible.

“From the time we started discussing it, we all tried to keep in mind that we wouldn’t proceed with surgery unless we believed we had a good chance of separating the boys without damaging the neurological function of either baby,” Carson wrote in “Gifted Hands.”

On Labor Day 1987, the ­7-month-old twins — who, according to Newsweek had been “giggling and kicking since entering Hopkins on September 2” — went in for surgery. For four hours, heart surgeons inserted “hair-thin” tubes into their veins and connected them to heart-lung machines that would keep them alive through surgery. Plastic surgeons sliced into their scalp, removing the bone tissue that connected them. The cardiologists then cut open their chests and removed small amounts of tissue from their heart to use later to construct new veins.

Doctors dropped the babies’ body temperature down to 68&nbsp;degrees, stopping their hearts and allowing surgeons to operate without blood flow — the first time anyone had tried such a strategy for this type of surgery. A big clock on the wall counted down from an hour: Every minute without a heartbeat beyond the 60-minute mark threatened to cause irreparable damage to the boys.


“When the hour is up, just turn the pumps back on,” Carson told his team, according to his book. “If they bleed to death then they’ll have bled to death, but we’ll know we did the best we could.”

After Long gave him back his scalpel at the pivotal moment, Carson severed the primary thin blue vein that connected the twins. The doctors rapidly set about creating new veins from the heart tissue they had removed earlier. One twin was finished in 57 minutes, the other in 63.

This is an image of the baby boys 27 years on 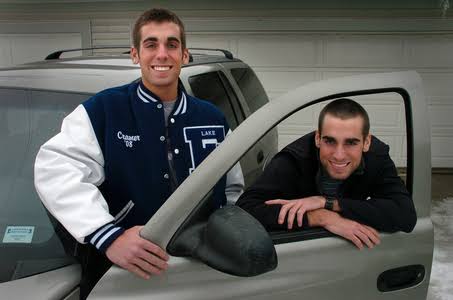 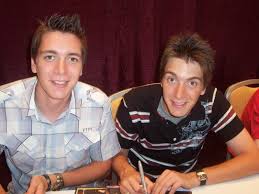 May 09, 2015
18 year old lady, Adrianne from Michigan is set to break the record for the longest tongue in the world with her 4 inch long tongue. She can can touch her nose, chin, elbow and even eyes with her tongue. See more pics below.