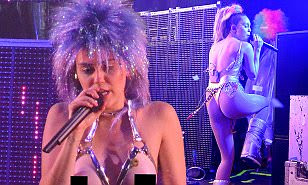 She's definitely mad! Popstar Miley Cyrus went out in her craziest costumes yet as she performed in Chicago in her Dead Petz tour. On Thursday night, Miley Cyrus went a whole lot further with her on-stage antics, kicking off her Dead Petz club gigs in Chicago with an almighty bang.
The former Disney star hit the stage at The Riviera Theatre in her most outrageous costumes yet, including one barely-there look which featured a prosthetic penis.
At one point the controversial star strutted onto stage in little more than metallic bondage-style underwear and matching thigh-high boots, showing off a pair of fake boobs and a prosthetic penis.
A glittery purple mullet wig was perched on top of her head, as the star belted out her new tracks including Dooo It' and F**kin F**ked Up.
Crazier pictures below.. 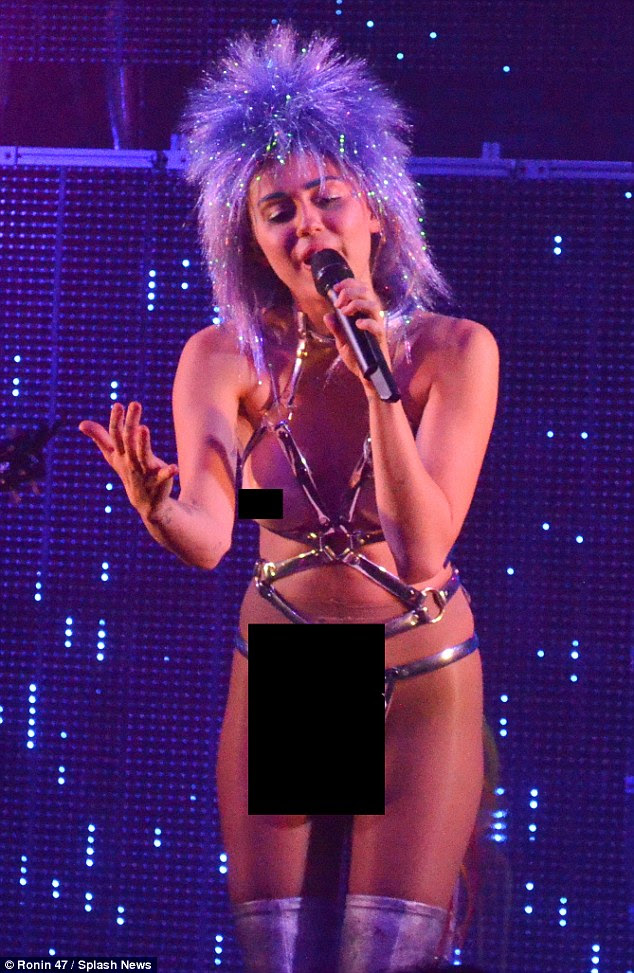 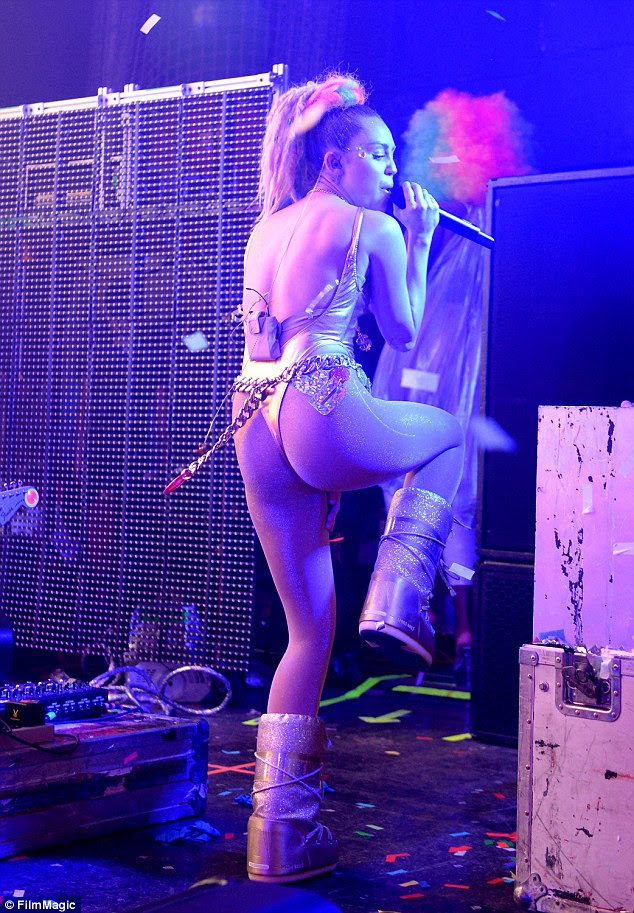 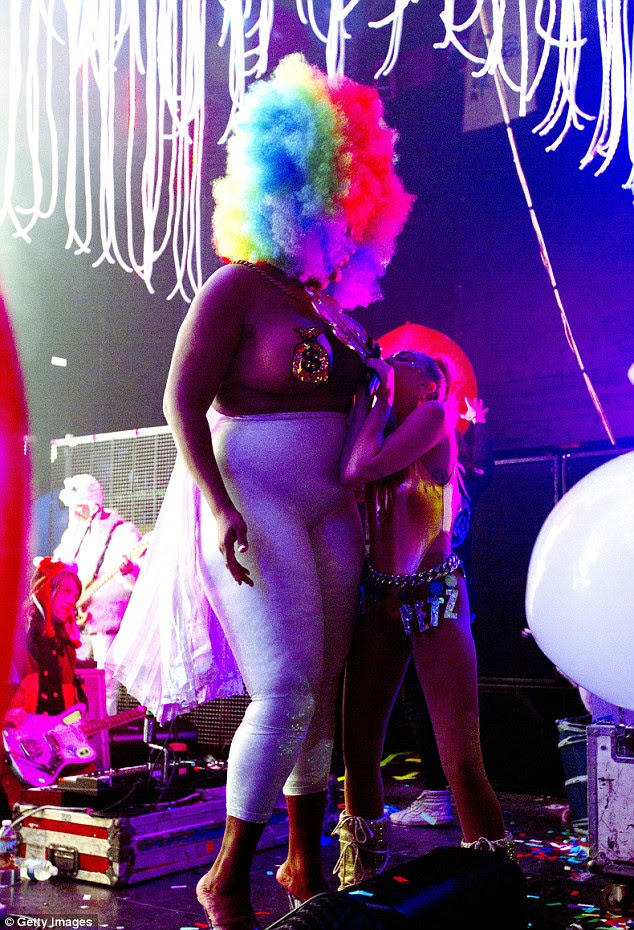 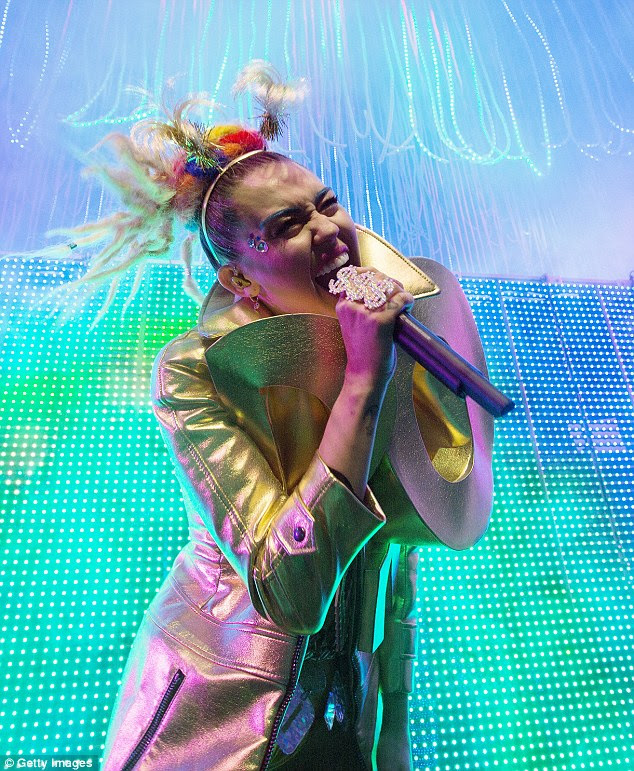 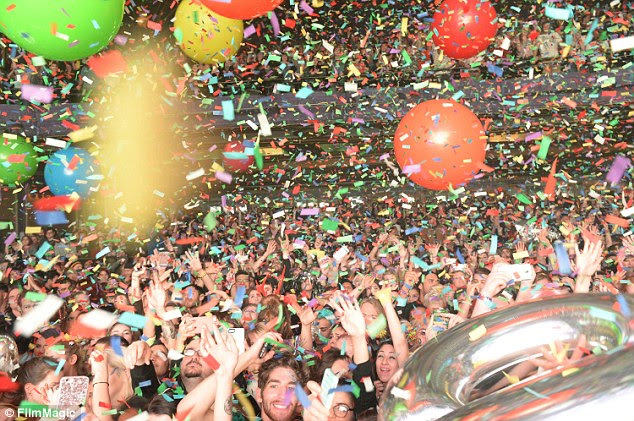 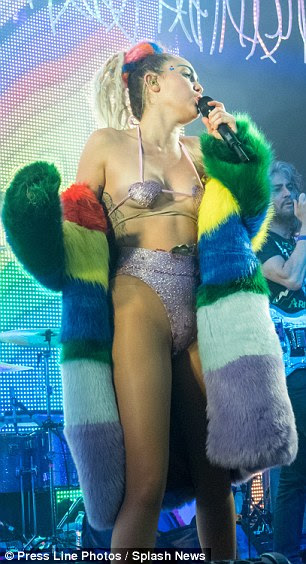