President Buhari and his Vice slash their salary by 50% 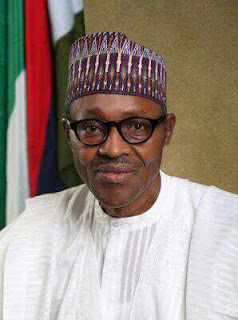 The president ans his vice today reduced their salaries by 50%.
President Muhammadu Buhari and Vice President Yemi Osinbajo have announced their decision to take only 50 per cent of the salary approved for them by the Revenue Mobilisation Allocation and Fiscal Commission.
Their decision was contained in a statement made available to journalists on Friday by the Senior Special Assistant to the President on Media and Publicity, Mallam Garba Shehu.
The President’s current annual remuneration as approved by RMAFC is put at N14,058,820.00.
With this development, Buhari will earn N7m per year throughout his four-year tenure.
Shehu said the President’s decision to cut his salary by half had been conveyed to the Office of the Secretary to the Government of the Federation on Friday by the Permanent Secretary of the State House, Mr. Nebolisa Emodi.

“I write to forward the completed IPPIS registration form of Mr. President and to draw your kind attention to Mr. President’s directive that only 50% of his salary be paid to him,” the presidential spokesman quoted Emodi as writing in the letter with reference number PRES/81/SGF/17.
Shehu said Osinbajo had similarly given up half of his official remuneration.
He however did not disclose the reason behind the decision in his statement.
But in a telephone interview with our correspondent, Shehu said Buhari, by his action, was sending a clear message to Nigerians on the need to make sacrifices for the nation.
He said having done that for himself, the President was expecting other political office holders and indeed all Nigerians to borrow a leaf from him.
Shehu said, “That voluntary action of the President is pregnant with meaning.
“It is a message of sacrifice for national development.
“Since the President has done this for himself, he is expecting that others will join him in making sacrifices for their fatherland.”
Buhari had on Wednesday turned down an offer by the Federal Government to procure five new armoured Mercedes Benz S-600 (V222) cars for his use.
The cars, which total cost is put at about N400m, were planned to be purchased by the State House.
A Presidency source had told journalists on Thursday that Buhari got to know of the plan when the Permanent Secretary briefed him of his activities on Wednesday.
PuncgNg
Like MYIMSU.COM on Facebook to get all updates
Reactions: Posted by Anaturuchi Green
BUHARI NEWS NIGERIA