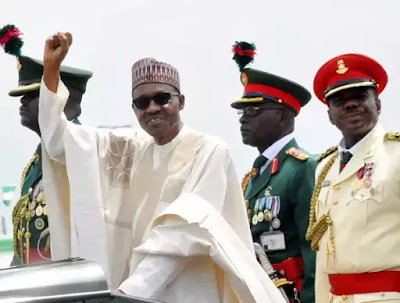 A lot of Nigerians both on social media and on other platforms have started expressing worries and anger over the appointments being made by President Muhammadu Buhari since he became president of Nigeria. A lot of people from the South of Nigeria are worried that the president is making major appointments only from the northern parts of the country thereby threatening the Democracy and disrespecting the diversity of the country.

They said the appointments were in favour of the North alone and not in the best interest of the country.
President Buhari is from Katsina State, Senate President Bukola Saraki and House of Representatives Speaker, Yakubu Dogara, are from Kwara and Bauchi states respectively. The judiciary is led by Justice Mahmud Mohammed from Taraba State.

Out of the nine appointments made by Buhari so far, eight are from the North, while only one is from the South.
The appointments are: Director-General of the State Services, Lawal Daura, Katsina State; Acting Chairman, the Independent National Electoral Commission, Mrs. Amina Bala Zakari, Jigawa State; Director, the Department of Petroleum Resources, Mr. Mordecai Danteni Baba Ladan; and the Accountant-General of the Federation, Alhaji Ahmed Idris, Kano State.

The appointments, however, drew the ire of Nigerians who asked Buhari to respect the country’s principle of federal character.

Already, the Internet, particularly the social media and blogs, are agog with reactions and counter-reactions on the matter.
What's your thought about this?

Like MYIMSU.COM on Facebook to get all updates: HERE
Reactions: Posted by Anaturuchi Green
BUHARI NEWS NIGERIA