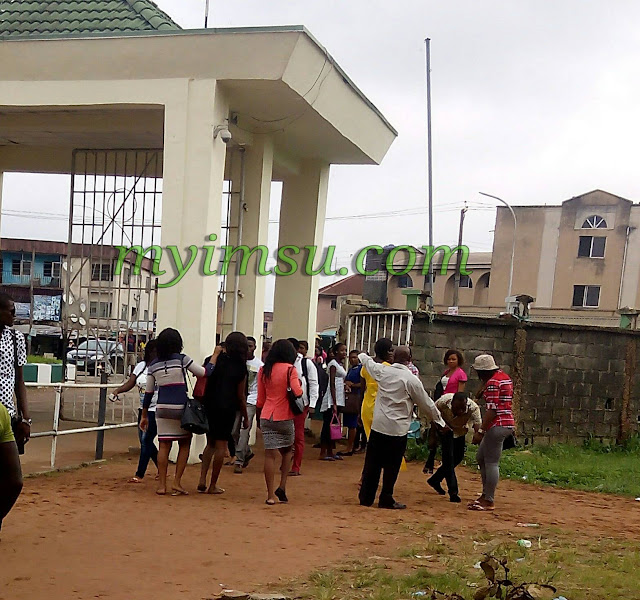 Imo State University security men started their clampdown on students whose dressing violated the school rules against "indecent dressing" today June 23, 2015. Myimsu.com posted about list of prohibitted attires on IMSU campus about 3 weeks ago and many thought it was a joke and some who took it seriously forgot about it because the rules were not made public enough until yesterday, Monday, 22 June, 2015, when the long banner where the prohibited attires are listed was erected at the front of Owunna Recreation Park aka Love Garden.
If you look closely at the picture above, you will notice that the two men by the right were ordering some ladies out of the university. Many ladies and few guys were publicly embarrassed and sent away to go back to their houses and change their dresses before they were allowed into school (for those who came back). The issue of indecent dressing is something IMSU as well as other universities have been battling with for years. This is because a university does not have stipulated uniforms for her (some departments like law, optometry and medicine and surgery may). Students are believed to have matured to the extent of making the right choices for themselves including in dressing properly but in some cases freedom could be man's greatest bondage. And the word "indecent" is a relative term based on upbringing, religion, societal trends and exposure.
The accreditation of the university also started yesterday and all stones have to be turned to make sure the team of inspectors do not find the school wanting in learning, facilities or moral values.
See the list of BANNED ATTIRES ON IMO STATE UNIVERSITY, OWERRI below. Tell us what you think in the comments section. 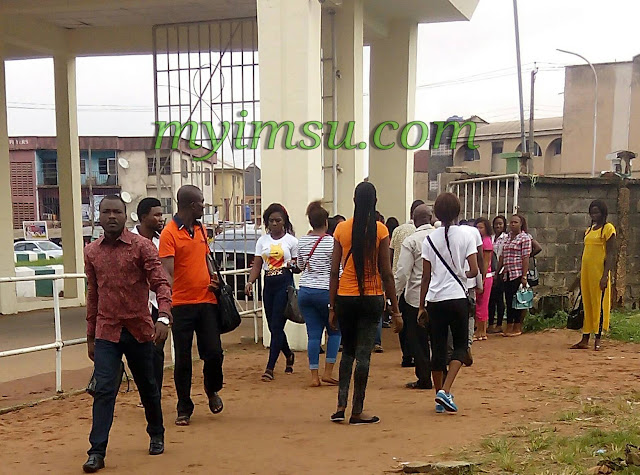