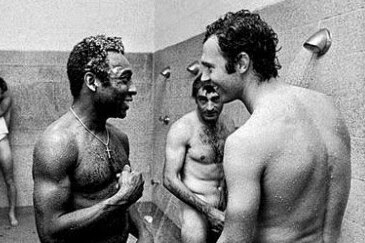 A picture of soccer legends Pelé and Kaiser Franz Beckenbauer in a locker room in the 1960s is circulating on the internet. Pelé appeared full frontal naked while Beckenbauer is also naked but backing the camera.

Beckenbauer is regarded to be among the greatest German footballers of all time and one of the most decorated footballers in the history of the game and twice won European Footballer of the Year. He is 69 now.
While Pelé is widely regarded as the greatest player of all time and has been named World Player of the Century by many groups. He is 74 now. 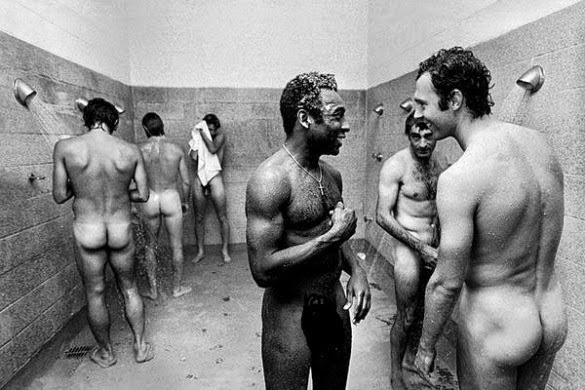