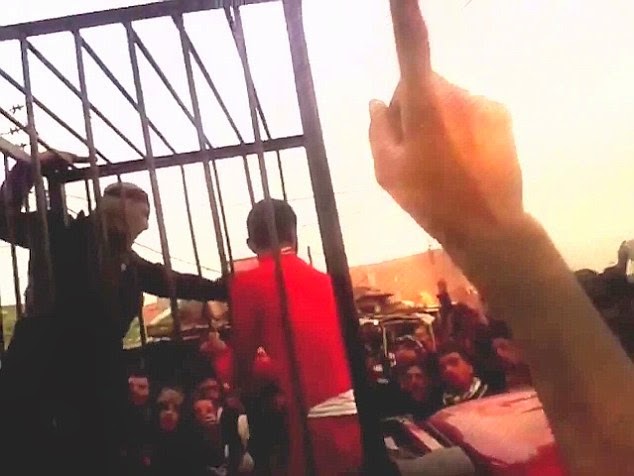 Islamic State militants have released a video of them parading some captured Kurdish fighters in cages, who they plan to execute like the Jordanian pilot they burnt to death in a cage few weeks back.

Heads bowed in terror the orange-clad Kurdish fighters are paraded through streets filled with jeering militants in the latest horrifying video release from Islamic State.

In a grim echo of the terrible fate which befell Jordanian pilot Lieutenant Muath al-Kaseasbeh the captives, reportedly Peshmerga fighters, are dressed in orange jumpsuits and shackled in cages.

Just as Lt. al-Kaseasbeh was burned alive on camera, IS are planning to do the same with their latest prisoners, according to posts on social media.


The grim procession apparently took place through Kirkuk in northwest Iraq, an oil rich Kurdish stronghold where ISIS now has a presence after mounting repeated attacks in recent weeks.

The parade, reportedly through the Hawija district in the southwest of Kirkuk, could be seen as revenge for horrific reports of Kurdish forces dragging the bodies of ISIS fighters through the streets of the city in the Kurdistan region of Iraq earlier this month. 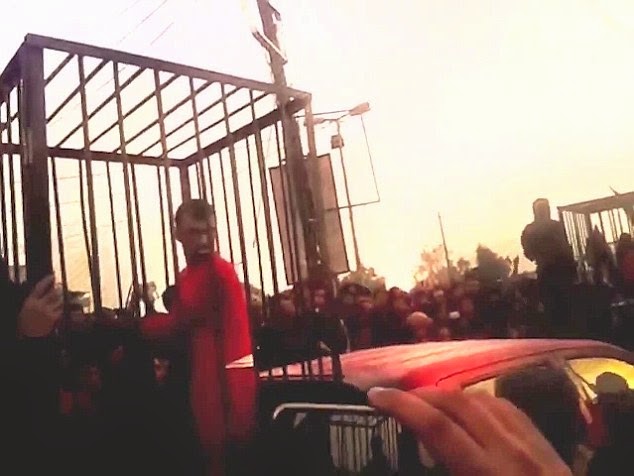 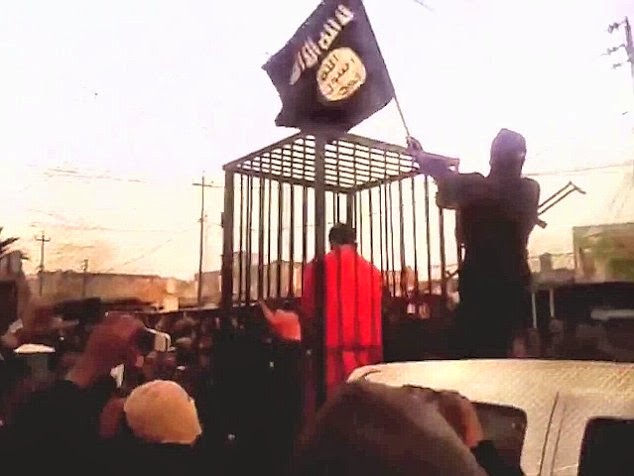 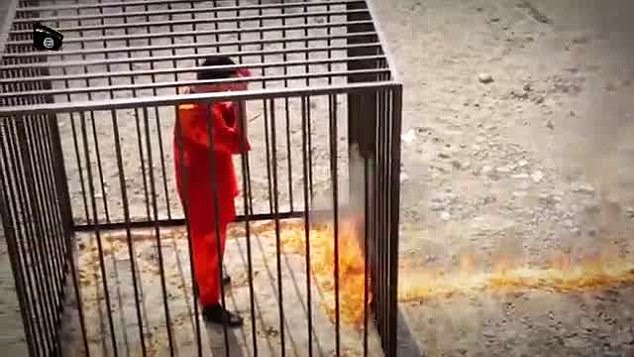 Jordanian pilot Muath al-Kaseasbeh is pictured about to be burned to death in a horrific film released by ISIS.