REPOST: WHY YOUR NAME MAY NOT APPEAR IN THE IMSU 2014 SUPPLEMENTARY ADMISSION LIST 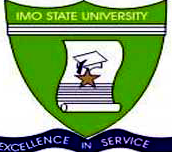 I noticed that many people are interested in this topic and for the benefit of those who misseed the post, here it is again.
After the first IMSU merit admission list was released about 3 weeks back, students whose names did not appear in the list were informed that the best move they had was to apply for the IMSU Supplementary admission. Many students have applied for the supplementary which was made free this year in Imo state university unlike past years when you had to pay for it.
Many have applied for the IMSU supplementary while some have not for reasons best known to them. Most departments have stopped collecting the supplementary forms. The supplementary application has ended.
However here are some reasons why some of you (if not most) who applied and submitted the form and are now waiting for the 2014/2015 IMSU Supplementary Admission List may not succeed in your quest.
1) If your IMSU post UTME score is not up to 180
2) If your JAMB score is not up to 180
3) If your O'Level result is does not meet the requirement of your prospective department.

Someone will ask; "What if my average score is beyond 180 but either my JAMB or post UTME score is not up to 180?"
Answer: If your JAMB score is not up to 180 then there was no need even applying for the IMSU Post UTME and supplementary because the least that any course can accept is that.
If your Post UTME score is less than 180, but the average of sum of post UTME and JAMB scores is up to 180. Sorry, the policy of the school this time around is that both JAMB and Post UTME scores must be up to 180 each. So regardless of the fact that your average may be up to or above 180, if you did not reach the above mentioned requirements, your application should be in the trash as you read this. Sorry for making it so plain but it is just as plain as I wrote it. It's not a guess.
I saw it.


Drop comments and stand a chance of winning prizes weekly. Tell others about this site. Like Our FaceBook Page HERE
Reactions: Posted by Anaturuchi Green
ADMISSIONS IMSU NEWS POST-UTME