HOW I LOST MY TWO SONS- Pastor Larry Mishael 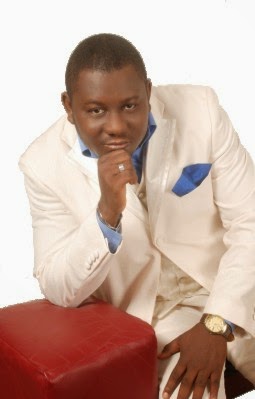 When some people think of powerful men of God, they think of people who are so much love by God that no bad thing happens to them. Well, most pastors like the Pastor in Charch of Praise Tabernacle church and Larry Mishael Mishael Ministries, Pastor Larry Mishael may not concur with such people on that matter. Haven stayed in the ministry for over sixteen year now, Pastor Larry Mishael and his wife, nita have seen some of the bad things of life that could have made some others to take a break from the ministry but they have stayed on. One of such is the snatching away of two beloved sons from their hands by Mr. death.


Speaking to his congregation today, 19th October on thethe topic titled "The Power of Your Dreams", the pastor warned the congregation against neglecting any dream that they have because dreams are usually "Simple messages from God" to give the dreamer very important message that could save his or her life. He cited the events that are recorded in Bible passages like Genesis 40, Acts 22:17, Psalm 126. The man of God reiterated that dreams must not be taken for granted and that every human dreams but the devil make some to forget their dreams in order to manipulate them.
Pastor Larry Mishael while giving instances of the effect of dreams in people's life's gave shared the story of a young man who was shot in the dream and when he rose from the sleep took it for granted but slumped and never walked till his death not long after. He share the story of another woman who has stayed years without a child but when she finally got pregnant, she had a dream where she bled, she woke up and told her pastor. She was instructed to stay back and fast and pray for two days but her husband frowned at the advice, they both travelled and when she got to their destination, she began bleeding and thus lost her pregnancy.
Pastor Larry also told the story of how he and his wife lost two out of three sons of theirs. According to the man of God, on two ocassions, his wife had dreams of three women dressed in white who dragged off her two sons from her and after those dreams, the two sons of the pastor and his wife died.
He noted that had it not been for the spiritual warfare by him and his wife the next time she had the same kind of dream, the third son would have died also. He said when they traced the matter, they discovereed it was as a result of the fact that his grandmother was a member of the Sabath  and they had a covenant of human sacrifice hence the three women where from the Sabatarian spirit to take what was pledged in the covenant.
Some dreams and interpretations further listed by the pastor included;
*Continuous swimming in the dream which entails struggle,
*Packing fruits together but not eating them which entails working for others to eat,
*Seeing one in a place one used to be a long time ago (like the secondary school where one schooled) which entails stagnation and backwardness,
* Being shot or attacked which entails that there is a plot against one's life
and more.
The man of God advised anyone who has a bad dream to wake up and pray against it and anyone who has a good dream to pray for the manifestation of the good message.
Dreams, according to Pastor Larry are usually conferences in the spiritual realm that man is opportuned to see.
Praise Terbanacle Church is located at 53 Samek Road, along Imo State University, Owerri Imo State.
You can see more about the church and the pastor at www.larrymishaelministries.org