BABY NO 3 ARRIVAL FOR LAIDE BAKARE 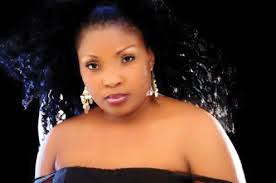 Popular Yoruba actress, movie producer and record label owner, Laide Bakare has delivered baby number three, her second son to new hubby, Alhaji Oriowo.
Laide made the announcement early hours of Wednesday in a Blackberry broadcast. Yes! Yes!, it’s a boy, it’s a boy. My boy arrives exactly 4;30 pm American time in New York nice weather on Tuesday. I am the happiest person in the world.
Laide has been in the States for months now for the sole purpose of having her child in the Uncle Sam’s country. Laide, popularly reffered to as Alhaja Tio Common, had her first child, a girl, for her first husband, Mr Okunfulire.